The final week of site exploration began with presentations and lunch at the Mayor’s office. Like most of my meetings so far, it was shared with Stephany. Before she presented her final results from her two years of service, I was given the opportunity to introduce myself. I used the opportunity to talk about where I come from, my family, my education, my hobbies and an interesting fact. I made sure to share lots of photos and my love for soccer. And of hours, we ate more Guinea pig. 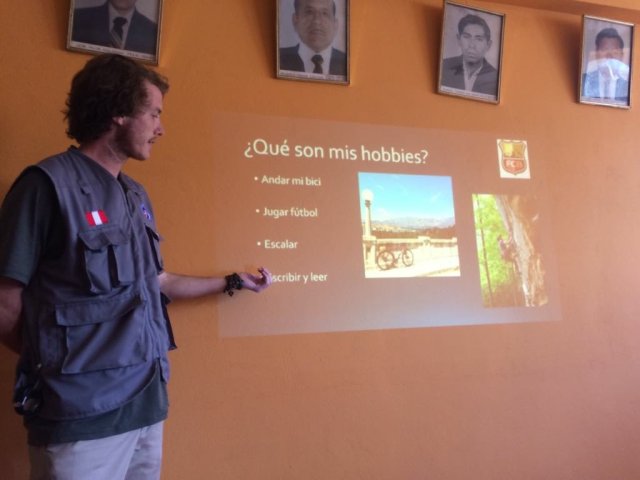 After I was done speaking, Stephany talked about her work. From what I’ve seen first hand, and from what I’ve heard from other volunteers, it’s safe to say that Stephany is a super volunteer. She loved her site and integrated deeply. This allowed her to accomplish numerous important projects and events. My favorite was the Día de los Professionales. Essentially it was a day where a panel of Peruvian professionals presented themselves at the school and answered questions. The panel was guided by the interests of the students and designed to inspire the younger generation to continue working for their careers goals. Lucky for my, Stephany designed the project to be sustainable, meaning not a lot personal hands-on volunteer labor is required. This means I’ll be able to perpetuate the project during my service. Besides preaching higher education, and career goal setting, Stephany has worked with the health post. Most of her work revolved around sexual education; specifically prevention of STIs and teenage pregnancy. Her various meetings and charlas climaxed (pun intended) with a condom application workshop. We’re talking real mannequin penis and real condoms, both of which are pushing the limits of traditional and Sierran Peruvian cultural norms.

A few other projects that Stephany started Mapa Mundial and Ladrillos Ecologicos. The map is exactly what it sounds like. A giant mural of the world, somewhere on school property. Designed, funded and created by students. On the other hand, ladrillos translates to bricks. This project is designed to foster the recycling and reuse of plastic bottles. Essentially the sttudnets collect empty bottles and stuff them full of single stream plastics/trash. Once enough bottles/bricks are created, the students want to create a bench where locals sit waiting for taxis. Both the Mapa Mundial and Ladrillos projects are unfinished. Meaning they’ll hopefully be some ‘early wins’ of my service.

Midweek my school hosted El Día de Educación Fisica. It was also the international mental health awareness day. Because of that, the psychologist and physical education teachers worked together to plan activities that exercised the mind and the body. Sano Mente, Sano Cuerpo. The day began with a jog, which turned into a race, which turned into a walk. My community sits in the middle of a mountain. Going down= easy. Coming back up= hard. Luckily for me, I didn’t have to run. Instead I helped record the race numbers of the seniors as they arrived at my check point. I made sure to take a car back up with another professor. We drove slowly, honked the horn and attempted to motivate the suffering students. Some of which we rescued by loading them into the trunk of the car. 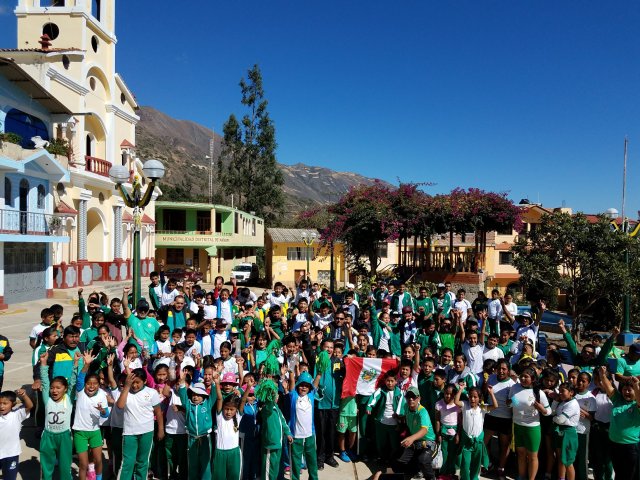 After the races came volleyball. Each grade of the high school played the other. First with second, third with fourth and fifth with the teachers. I was elected team captain for the teachers. I picked a team, placed our 10 sole bet and played the seniors. We won the first match and lost the following two, meaning we lost the game. Besides losing, I got pretty damn sunburnt. The first good burn of my service. And probably not the last. My host mom made sure to let me know I looked like a tomato.

After volleyball we gorged ourselves on rice, potatoes, chicken and some the equivalent of peach tea. With full stomachs and not much time to digest, we made our way to the soccer field for the second half the of the day. Here the grades played each other in soccer like they did volleyball. I sat and ate popcorn for the first 2 games. When it came time to play, I picked another team of teachers to play the seniors. I was pleasantly surprised with how the faculty played. Despite their some of their ages, and bellies, they played intelligently and with soft touches. We passed around the seniors and scored many goals. But so did they, mostly because of our lack of fitness and defense. We ended up winning the game, thankfully. 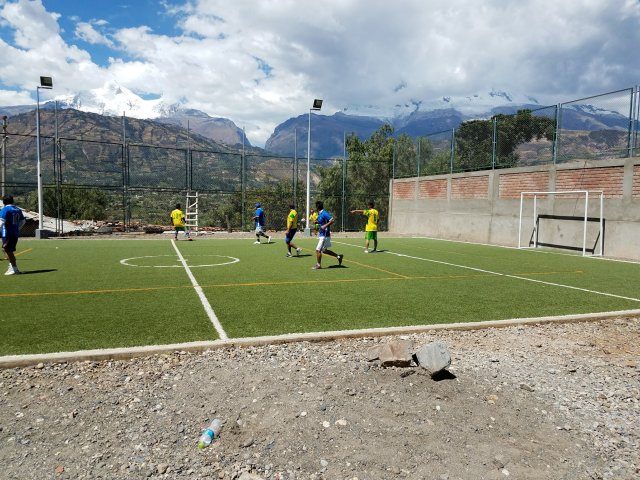 With zero time for rest, another game of only faculty fired up. The other teachers who weren’t keen on played the youngster stepped onto the field to play just the ‘old crew’. We split into teams of 5 and fired up another match. It quickly became competitive and slightly physical. The teams were evenly matched and exchanged goals. After the back and forth, some tripping, and pushing, our team took the win, 5-3. I represented the gringos well, scoring at least 3 of our five goals. After we sat down to stretch and drink Inka Cola. Instead of hydrating with water, some Peruvians prefer drinking soda. At this point in the day, I was ready to drink anything. A beer would have been nice. After taking my shoes and socks off to air out, I found a pretty gnarly blister under my left foot. I’ll spare ya’ll from the image, but just know it was about the size of a quarter. That meant that so far, for each time I played soccer during site exploration, I got injured in some way. First day I was limping with muscle and foot pain from my shoes being too small. Second day I pulled my ass muscle, and third day I limped home with a hole in my foot.

Nevertheless, I played well enough to be invited to play with the faculty team at another school this Friday. Let’s hope this blister heals up quickly. Results from that match and other fun stuff will be posted in part 2. Talk about a cliffhanger!