The book I would like to briefly discuss in this edition of Los Lunes on Para Libros is titled Waking Up: A Guide to Spirituality Without Religion and is authored by a man named Sam Harris. Harris is a super interesting man and draws from an incredibly impressive background. The dude studied philosophy at Stanford and then went on to get a Ph.D in neuroscience from UCLA. I must say that both his alma matter are quite agreeable to me because my sister is also a graduate from both those institutions. Go Bruins! Go Cardinals! Sam Harris is also a boisterous atheist. He is very open about his secular beliefs in all his books and discusses deeply many religious and non-religious topics on his podcast also titled Waking Up. With that being said however, Harris also practices Buddhism. He believes that there are elements of Buddhism — primarily meditation, mindfulness and morality—that can be taken out of its original religious pretexts and practiced in a secular manner, essentially reaping the benefits of the ‘good parts’ and not following the ‘bad parts’.  This is a really interesting idea and informs his thinking and his writing. Hence the whole spirituality without religion subtitle of this book. 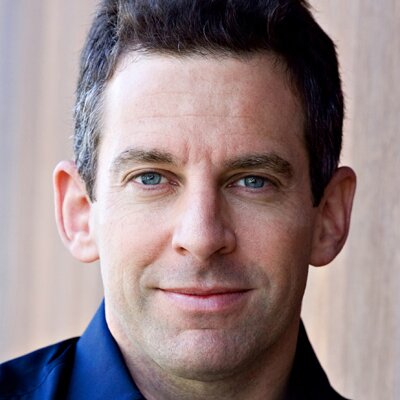 His book Waking Up was recommended to me by a friend in the Peace Corps after a conversation we had about one of one of the other books I reviewed.  We often get to chatting about the books we are reading on the approach trail or as we are flaking the rope and tying in. But have no fear, despite our other-wordly and completely cerebral conversations, we always remember to double check our knots and belay systems before we start climbing.

On the inside cover of his book, a small blurb reads as follows: “For the millions of Americans who want spirituality without religion, Waking Up is a guide to meditation as a rational practice informed by neuroscience and psychology.” After reading the book, I’m not so sure that it was. In fact, the book seemed disjointed to me is multiple chapters, falling short of any comprehensive guide. With that being said however, Harris had plenty of interesting things to share. Almost all of which were completely new to me. I read a lot but it’s rare that I delve into the depths of neuroscience. And because of that, I did not completely understand certain portions of Harris’ book. I found myself rereading a lot and losing track of my concentration. This I think, is both my fault and the authors. My fault because perhaps I wasn’t placing enough emphasis on being present while I was reading (which is entirely comical especially considering a large part of the book is about mindfulness). But I also think Harris could have done a better job at making his book more digestible. If he really wanted to reach “millions of Americans”, many of whom probably have not received any formal training in neuroscience or psychology, then he should have written in a way that was a little bit more comprehensible for the average layperson. Nonetheless (and thankfully), I’m not a complete idiot and I did absorb some really interesting stuff. But to do honest, I wasn’t the biggest fan of this book. In fact, I finished it quite a while ago but haven’t mustered up the desire to write about it until now. The empty Word document I’ve had waiting for text has been hanging over my head so I’m finally putting words to page so I can move on to the next book. I’ll do my best to share a few things below:

A little way into his book Harris begins talking about the ancient mystery of consciousness. To broach the topic, he quotes a famous philosopher Thomas Nagel and his discussion about bats. Nagel believes that an entity is conscious “if and only if there is something that it is like to be that organism – something that it is like for the organism.” In other words, Nagel is proposing that we try to imagine what is must be like to be a bat. If you are left with an experience, emotion, sights, sounds then that is what consciousness is in the case of a bat. Harris uses this long winded allusion to explain that consciousness is completely subjective. And that at some point it emerged in complex organisms like ourselves. Where, or why or how this emergence came around isn’t completely clear. But Harris believes it to be a matter of organization. Harris admits that this is as far as he will go with a hypothesis about the source consciousness. The man doesn’t know either. But what he does know is that the mere fact that we are having an experience is all that really matters. “Consciousness” then, “is the one thing in this universe that cannot be an illusion.”

Later, Harris goes on to add complexity to our traditional understandings of consciousness. He shares that for the most part, it is widely known and accepted that our brains are divided into two hemispheres. Connecting the two sides are nerve tracts called commissures. The main commissure for mammals like us is called the corpus callosum. Harris explains, “the unity of every human mind depends on the normal functioning of these connections. Without them, our brains and minds are divided.”  In the brains of some people however, the functioning of these commissures is exactly what causes unregulated brain activity and severe seizures. So back in the 80s it was found out that by severing the commissures, a person with severe seizures could live more comfortably. Well, turns out that these split-brain experiments helped discover a lot more about the brain than just seizures. Through a serious of experiments, it was found out that the two hemispheres of the brain, once disconnected through a procedure called a collosotomy, “display an altogether astonishing functional independence, including separate memories, learning processes, behavior intentions, and –it seems all but certain—centers of conscious experience.” In other words, Harris is arguing that our idea of a human being having a single consciousness or conscious experience may be short sighted. And rather, it might be more accurate for us to think of our consciousness in two parts.

Furthermore, “what is most startling about the split-brain phenomenon is that we have every reason to believe that the isolated right hemisphere is independently conscious.” The right hemisphere is dominant for cognitive abilities. It has “an advantage when reading faces, intuiting geometrical principles and spatial relationships, perceiving wholes from a collection of parts, and judging musical chords.” It is also better at displaying emotions and detecting emotions in others. The two sides of our brain have different temperaments and make different contributions to our emotional life. Therefore, Harris argues that “much of what makes us human is generally accomplished by the right side of the brain. Consequently, we have every reason to believe that the disc 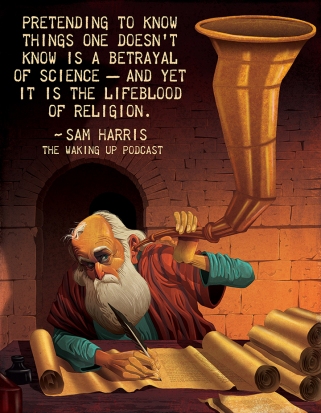 onnected right hemisphere is independently conscious and that the divided brain harbors two distinct points of view.” So then is a complete right hemispherectomy merely a therapeutic intervention or murder?  Do we have one or two consciousness? Are we one or two people? Is our peoplehood even a determined by our consciousness? From where in my brain am I looking out? Am I just my brain? Or am I the body that’s writing this blog post? Or am I just a series of neurons blasting off this way and firing off in that way? It is clear that Harris’ book has got my mind(s) all bottled up. What’s cool and cryptic about it all, and what helps me from spending too much time thinking about it, is what Harris has to say to close this section of his book. “All brains—and persons—may be split to one or another degree. Each of us may live, even now, in a fluid state of split and overlapping subjectivity. Whether or not this seems plausible to you may not be the point. Another part of your brain may see the matter differently.”

According to Harris, consciousness is what matters. “Despite the obvious importance of the unconscious mind, consciousness is what matters to us— not just for the purpose of spiritual practice, but in every aspect of our lives. Consciousness is the substance of any experience we can have or hope for, now or in the future.” Harris goes on to argue that consciousness is what provides the moral dimension to our lives. In other words, we have moral and ethical responsibilities to other conscious creatures (and them to us) precisely because our actions can negatively or positively affect their conscious experience. In other words, Harris says we don’t have ethical obligations to rocks, but we do have such obligations to anything that can suffer or be deprived of its happiness. Harris writes, “I take it to be axiomatic, therefore, that our notions of meaning, morality, and value presuppose the actuality of consciousness (or its loss) somewhere.” This is to say that any definition or understanding of what morality or ethics actually mean that does not include or necessitate the experience of conscious beings is extremely hard to come by, and probably impossible. And even if you were to find an example, all your philosophizing would truthfully not matter because by definition it would have to be outside the experience of any and all conscious beings now and forever. “Although science may ultimately show us how to truly maximize human well-being, it may still fail to dispel the fundamental mystery of our being itself. That doesn’t leave much scope for conventional religious beliefs, but it does offer a deep foundation for a contemplative life.”

Yeah…well… if you’re not atleast a little bit confused that blog post then either I did an amazing job at synthesizing my favorite parts of Harris’ book, or you’re too damn smart and need to stop reading my blog and pick up the book yourself. Either way I hoped you enjoyed it and that it made you contemplate hard. Because that’s what it’s all about. Why spend millions of years evolving if we aren’t gunna use the (brain) power that was bestowed to us? 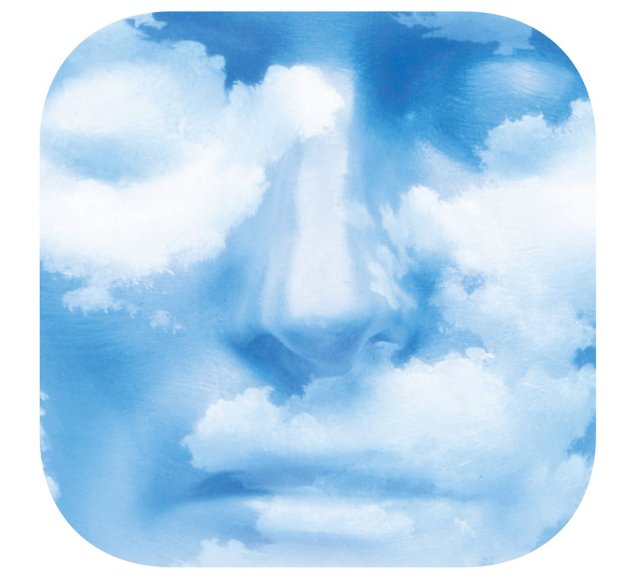